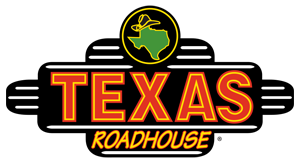 Texas Roadhouse is one of the premier restaurant operators. Management is outstanding, their long-term record is superb, and we don’t doubt that they will continue to be very profitable, will maintain a strong balance sheet and show steady unit growth.

At the same time, it is clear that even 4% traffic growth and 5.5% same store sales comps are not sufficient to overcome costs increases. The menu increases to come could discourage at least a few customers. At 27-28x trailing 2018 EPS, and 24x the 2019 estimate of $2.55 per share (which might be a reach), the most recent quarter provided a vivid picture of how difficult it is to increase operating earnings. We therefore suspect that Q3 is a harbinger of mediocre results to come, and there could be a better buying opportunity at some time in the next 6-12 months.

Texas Roadhouse is a moderately priced, full-service casual dining concept which offers an assortment of specialty seasoned and aged steaks hand-cut daily on the premises and cooked to order over an open grill. In addition to steaks, Texas Roadhouse offers a selection of ribs, seafood, chicken, pork chops, pulled pork and vegetable plates, as well as an assortment of burgers, salads and sandwiches. The majority of their entrées include two made-from-scratch side items. All guests are treated to unlimited supplies of roasted in-shell peanuts and yeast rolls.

Texas Roadhouse’s mission statement is "Legendary Food; Legendary Service." Their mascot is an armadillo named Andy. The Company restaurants and most franchisees offer entertainment in the form of line dancing. The wait-staff and host perform these dances throughout the night. The employees also participate in annual intercompany competitions: bartenders compete in "Real Bar" competition and meat cutters in the "Meat Hero" competition.

The main selling entrée on the menu is the 11 oz. USDA Choice Sirloin.

Jaggers is a fast casual concept that focuses on "fresh. Fresh ingredients, freshly made buns, fresh never frozen. The menu consists of sandwiches: chicken, burgers, pulled pork and fish. Jaggers also offers 4 types of salads and a broad variety of side items which include: Mac & Cheese, fries, tots and coleslaw.

Texas Roadhouse’s growth strategy is designed to position each of their concepts as a local hometown favorite for a broad segment of consumers seeking high quality, affordable meals served with friendly, attractive service.

The operating strategies that underline the growth of their concepts are built on the following key components:

§  Offering high quality, freshly prepared food—They hand-cut all but one of their assortments of steaks and make all of their sides from scratch.

§  Focus on Dinner—In a high percentage of their restaurants, Texas Roadhouse limits the operating hours to dinner only during weekdays with approximately half of the restaurants offering lunch on Friday. By focusing on dinner, Texas Roadhouse’s teams have to prepare and manage only one shift per day during the week.

§  Offering attractive price points—They offer a choice of several price points with the goal of fulfilling each guests’ budget and value expectations.

§  Create a fun and comfortable atmosphere while maintaining high quality service focus—Texas Roadhouse believes that the service, quality and atmosphere they establish is a key component for fostering repeat business. They focus on keeping their table-to-serve ratios low to allow servers to truly focus on guests and serve their needs in a personal and individual manner.

Texas Roadhouse’s long-term strategies, with respect to increasing net income and earnings per share along with creating shareholder value, include the following:

§  Leveraging Texas Roadhouse’s infrastructure—Texas Roadhouse continually invests in their infrastructure to support, among other things, their growth. In recent years, some of these investments included information and accounting systems, real estate, human resources, legal, marketing, international and restaurant operations to include the development of the new fast casual concept, Jaggers.

§  Returning capital to shareholders—Texas Roadhouse continues to pay dividends and evaluate opportunities to return capital to their shareholders through stock repurchases.

In 2017, total revenues were $2.2 billion; more than 99% of which was derived from sales of Company operated restaurants with the remainder from franchise fees and royalties. This was an 11.6% increase in 2017 compared to 2016 revenues. The following table summarizes certain key drivers and/or attributes of Texas Roadhouse restaurant sales. While we have not updated this table to reflect the first nine months of 2018, these numbers reflect the steady growth and consistently high volume restaurant performance within this excellent operator. The unit growth continues, the AUV’s continue to grow and the operating margins have recently been negatively affected by cost increases. As opposed to almost all other casual dining restaurant chains, traffic increases have been maintained.

The Company does not separately break out the sales from Texas Roadhouse and Bubba’s 33. Therefore, the stated average unit volumes were $4,802,000. Alcoholic beverage sales accounted for 11% of sales in 2017.

Overall investment for a Bubba’s 33 restaurant was $6.1 million.

Bubba’s 33 prototype is adaptable to in-line and end-cap locations. The prototype for Bubba’s 33 remains under development as they continue to open additional restaurants. They expect most future Bubba’s 33’s to range between 7,100 to 7,600 square feet and seating for 270 guests.

Texas Roadhouse’s management is focused on achieving an internal rate of return in the mid to high teens, in excess of its normalized cost of capital of 10-11%. Based on overall operating results for 2017, the average Texas Roadhouse was generating approximately $1 million in store-level earnings before interest, depreciation, amortization and rent, or a little under 20% of the cost to develop a restaurant. Store level margins were down 102 basis points to 17.9% for the first nine months of 2018 and management indicated after Q3’18 that 18% is about as low as they like to see it. Menu price increases will presumably be implemented to keep store level margins above 18%.

Bubba’s 33 management is focusing on reducing the investment cost as it develops new locations. Bubba’s 33 has higher margins than a Texas Roadhouse primarily because of lower cost of sales so an internal rate of return in the mid to high teens can be achieved with a higher investment cost and similar sales volume.

Texas Roadhouse has been one of the better performing casual dining restaurant stocks over the last five years, tripling since the fall of 2012, as EPS has grown steadily from $1.11 in calendar 2013 to $2.19 as the consensus estimate for 2018. The current dividend represents a 1.7% yield.

The third quarter of fiscal 2018 provided continued strong sales but lower operating margins. Comps were up 5.5% at company restaurants and 4.2% at franchised locations. Traffic was up an impressive 4.0%, price providing the balance of the comp gain. Restaurant EBITDA margin was down 157 basis points to 16.2% as a result of higher labor costs, including insurance reserves. While diluted EPS was down 7% to $0.40/share, Income Before Taxes (at 15.1% vs. 28.7%) was down a more meaningful 21.4%. Since nine-month store level margin was down a more modest 102 basis points and EPS was up 23.5%, the third quarter was clearly a deterioration from previous results. In Q3, three company restaurants opened, one international franchise. For nine months, 17 company stores, including four Bubba’s 33, were opened, plus four international franchised locations.

In terms of guidance for the remainder of 2018, management indicated that October had provided a comp of 4%, which was penalized by a point as it rolled over a post-hurricane lift a year ago. The full year 2018 was expected to result in "positive" comps (We would hope so, with 5.4% for nine months and 4% in October), no material change in previous expectations, basically a continuation of the nine month operational trends, though nothing specific was said about Q4 margins.

Looking to 2019, more of the same, with positive comps, 25-30 company openings including four Bubba’s, commodity cost inflation of 1-2%, wage inflation of mid single digits, and income tax rate of 14-15%.

On the conference call: a menu price increase of about 1.7% was planned for November, to offset the cost increases that affected Q3, and further price increases could be taken during early 2019. Average unit volume was up 4.8% in Q3, about in line with the comp, and the monthly sales trend was very consistent: 4.7%, 5.3% and 6.2% for July, August, and September. Cost of sales decreased 15 basis points, other operating costs were down 22 basis points. G&A increased 38 basis points, but labor killed the income statement with a 194 basis point increase to 33.5% of sales. Other line item variations were relatively small compared to the labor "giant in the room". Cash generation remaining strong with $60 million in Q3, spent as capex of $44 million and dividends of $18 million. The Company clearly doesn’t want to go heavily into debt to buy shares at this point.

In terms of store level margins: management indicated that 18% is a "feel good" number for them, so results below that, as in Q3, encourage them to think about raising prices. Bubba’s 33 continues to generate positive comps, up 6.5% through nine months, with two new prototypes to open in 2019.

Other than the above, the conference call consisted of discussion of quarter-to-quarter menu price increases in 2019, and the challenges of managing labor costs.

Join our digital forum where you can get up-to-speed on the latest in restaurant finance, M&A, accounting, tax, real estate and technology. Plus, you'll have an opportunity to connect with lenders and investors and find new business opportunities.