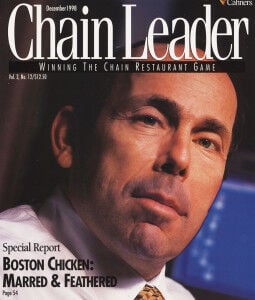 Editor's Note: This is the first in a series of guest articles from restaurant analyst Roger Lipton principal at Lipton Financial Services and longtime industry watcher.

Danny Meyer, founder of Shake Shack, is no longer actively involved  in management of this leader within the "fine" casual dining industry.  His cultural influence is no doubt being maintained as one of the restaurant industry’s most progressive voices.

Shake Shack, no doubt anticipating the inevitable material rise in the cost of labor, has just opened a unit at Astor Place in Manhattan which has no cashiers.  You can’t accuse Shake Shack, no doubt channeling its founder, Danny Meyer, of lagging the crowd in terms of anticipating changes within the hospitality industry. Combined with mobile order and pay, about 10 POS "kiosks" allow customers to place orders as well as pay. Cash is not accepted. We took a twenty five second video at 1:00pm today (link below), the third day of operations, panning the store interior. On the viewer’s right is the array of ordering stations. SHAK management is not naive about the need to explain the new system and provide customers as much "training" as necessary, so several employees are circulating among the customers, helping where necessary (including myself). I found the system fairly easy to navigate, and used the chip on my card to pay. The customer then moves to the center of the store, and waits in front of the pass through section where names are called out. Mobile orders presumably are handled over the same counter. There is a drink and condiment station, left of center, where customers can set themselves up as they wait for their orders. There is a modest amount of seating as the camera pans to the left, indicating that the Company feels that most orders will be taken off premises.

I will briefly discuss my reaction after you have viewed this video.

The business model is "a-changin". Danny Meyer literally wrote the book in dining hospitality, "Setting The Table".  His fine dining restaurants have distinguished themselves from this standpoint and he is appropriately viewed as one of the long time greats in the industry. At Union Square Hospitality Corporation, his elimination of tipping two years ago was his effort to equalize compensation between the back of the house and front, and this (I call it "unresolved") experiment has continued to this day. USHC, however, is privately held, and the operating margins (which we suspect have suffered) don’t come under the  line by line scrutiny of analysts and investors. Shake Shack (SHAK), publicly held, must bow to the needs, and demands of the publicly held constituents. Growth rates, and operating margins, have to be maintained or valuation will suffer. We can’t prove it, obviously, but SHAK (if still private) might not be moving quite so aggressively in eliminating cashiers (which includes a significant personal "touch") and going to a production based model.

FROM THE CUSTOMER’S STANDPOINT: SHAK will not lose its cult-like status any time soon. We don’t expect volumes to suffer substantially with this new approach, however: at the end of the day, it’s (mostly) a burger, fries, and shakes, preferred by many, but not by all. Lot’s of Californians  think In and Out is the ultimate, some prefer the fresh cut fries at Five Guys, and the burgers at Schnipper’s here in NYC are pretty good if there is not a Shake Shack nearby. I believe that what has distinguished Shake Shack, as much as anything else, as been the hospitality quotient. Their staff has been a cut above the big three burger chains, just as been the case at Starbucks. Credit the influence of founders, Howard Shultz and Danny Meyer. Cutting to the chase: the absence of cashiers is not going to gain customers, and could cost some.

FROM THE EMPLOYEES’ STANDPOINT: Shake Shack is no doubt going to try to maintain the hospitality experience, as best they can, but eliminating cashiers is not an upgrade. There are lots of young people who correctly view a job at SHAK (or Starbucks) as a stepping stone in the retail/hospitality industry. They get an on-the-job education and get paid (modestly) at the same time. I’ve written about the Starbucks barista who told me "working at Starbucks makes me a better person" and I suspect that there are more than a few Shake Shack crew who feel that way as well. The new business model increases the value of "production" rather than customer contact, so it is going to be a lot less satisfying for that young person who really loves to interact with people, but is now just pumping out product.

Bottom Line: No Cash, and No Cashiers, may be progressive, even necessary, but will likely have unintended consequences, for  employees, customers & shareholders.